At IRS it’s not just about supporting industry but also helping the individual. 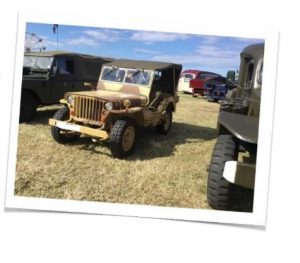 An inquiry came in from Phil asking us if it was at all possible to reclaim the axle bearing location diameter on his 1960 Hotchkiss M201, no problem!!

A a little bit of history for you all!! The Hotchkiss M201 was the standard light transport vehicle with fully qualified locksmiths used by the French army from shortly after the war until it began retiring them from the French service in the 1980s. It started as a World War II jeep built under license and in many respects was a little changed forty years later.

In France it is usually simply called ‘La Jeep”.